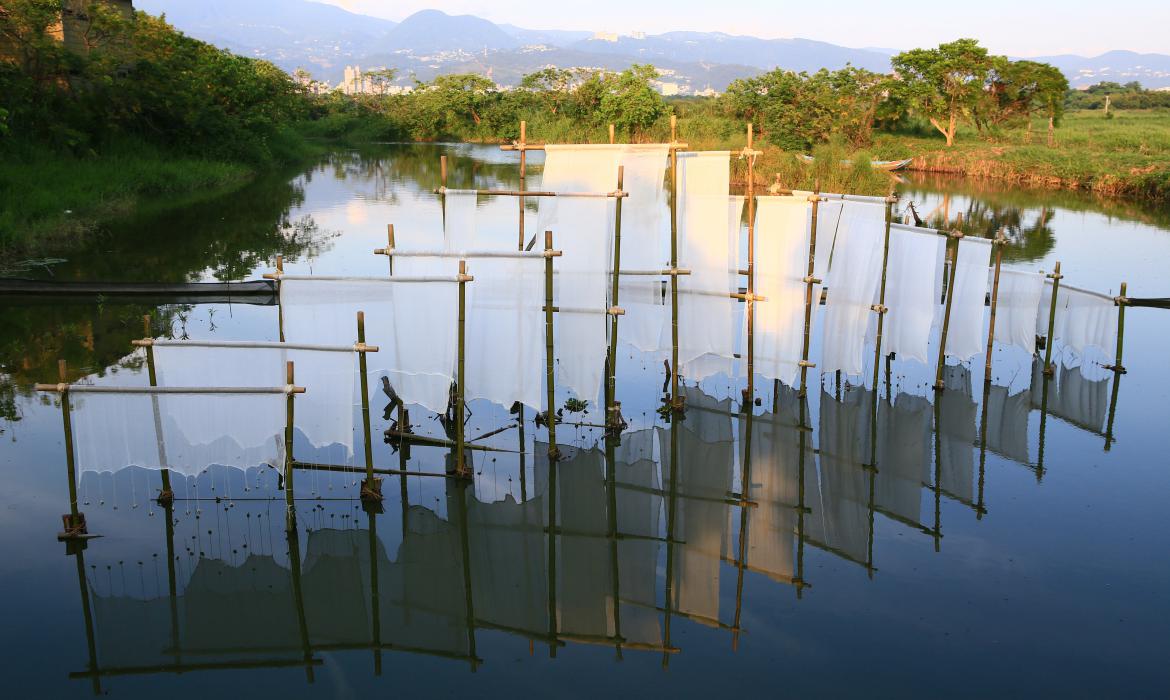 From times immemorial humans have always been dependent on the sea, the rivers and water. Water has been worshiped all around the world in so many different ways. The magical phenomenon of the tides that is created by the attraction of the magnetic pull of the moon has always caught the fancy of the human mind. The ocean covers almost two-thirds of Earth, and is surprisingly vulnerable to human influences such as overfishing and toxic waste dumping. The toxins in various forms like pesticides, fertilizers, and other chemicals used on farms ends up contaminating nearby rivers that flow into the ocean, which can cause extensive loss of marine life. Before this reality becomes irreversible we need to do something in our own right to contribute to save the planet.

This artwork has wave-like form on the top, and a meandering river like form at the base, metaphorically showing the river meeting the sea. There are a series of curtains coming down from each horizontal bamboo very much like the waves as if they are coming down from the sky and making a reflection on the water. Each of the wave curtains has several strings tied with stones attached to them at the bottom, which almost creates the effect of rain. The artwork tries to bring together all the elements in nature connected to water, the sea, the river and the rain, and it ultimately reminds the viewers that Earth is too beautiful and poetic and in no way should we harm it. 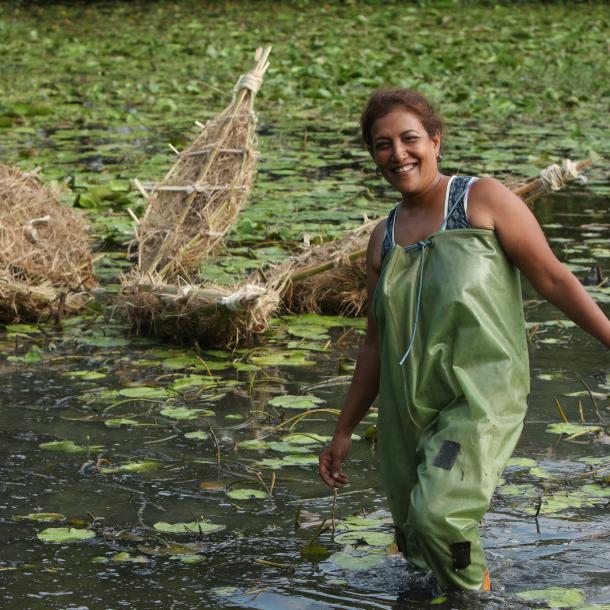 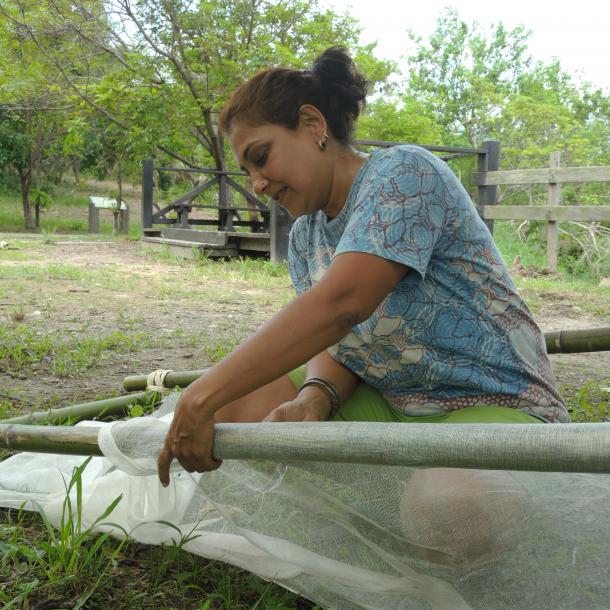 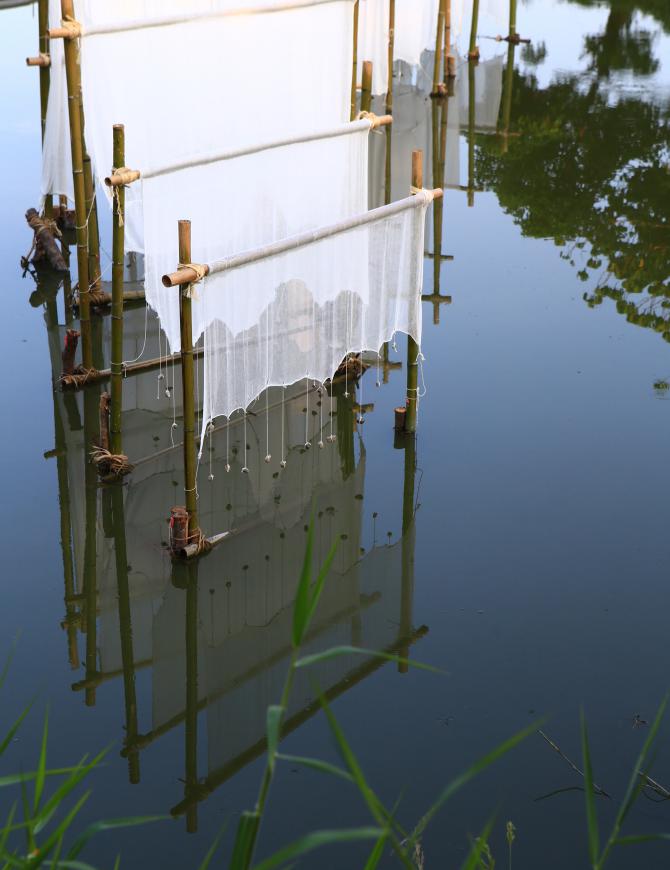 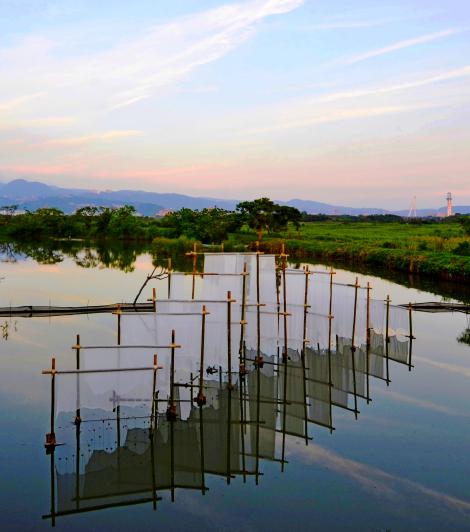 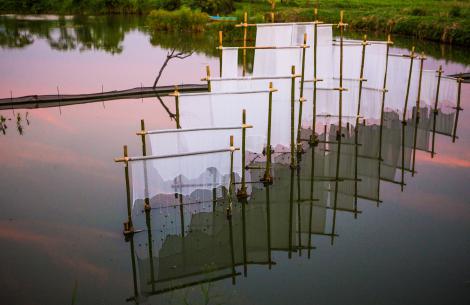 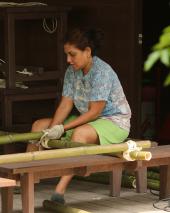 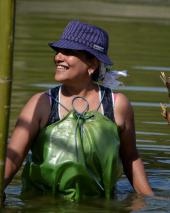 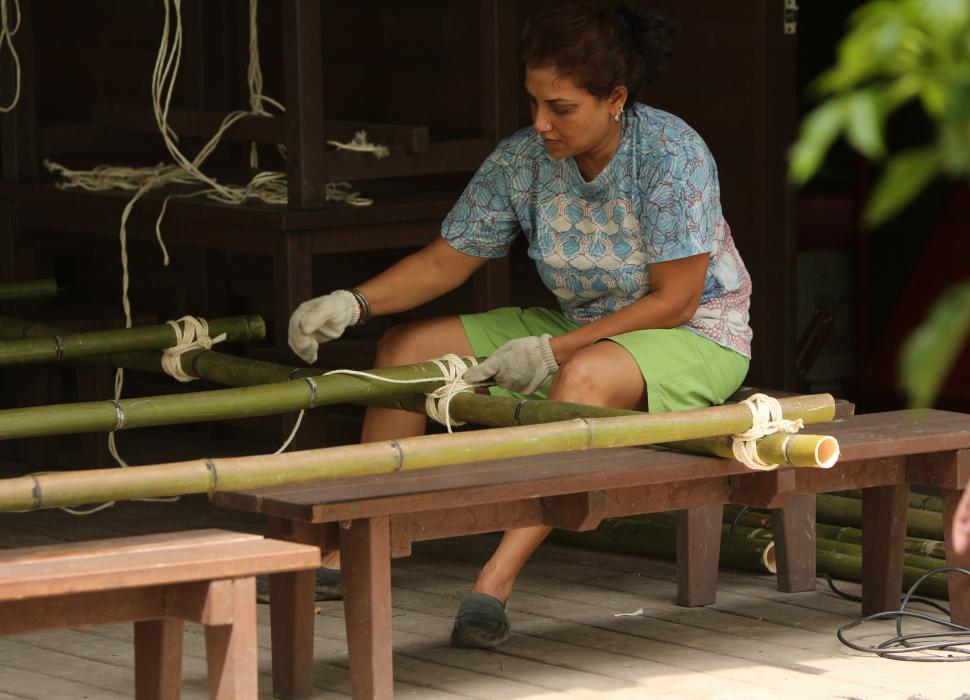 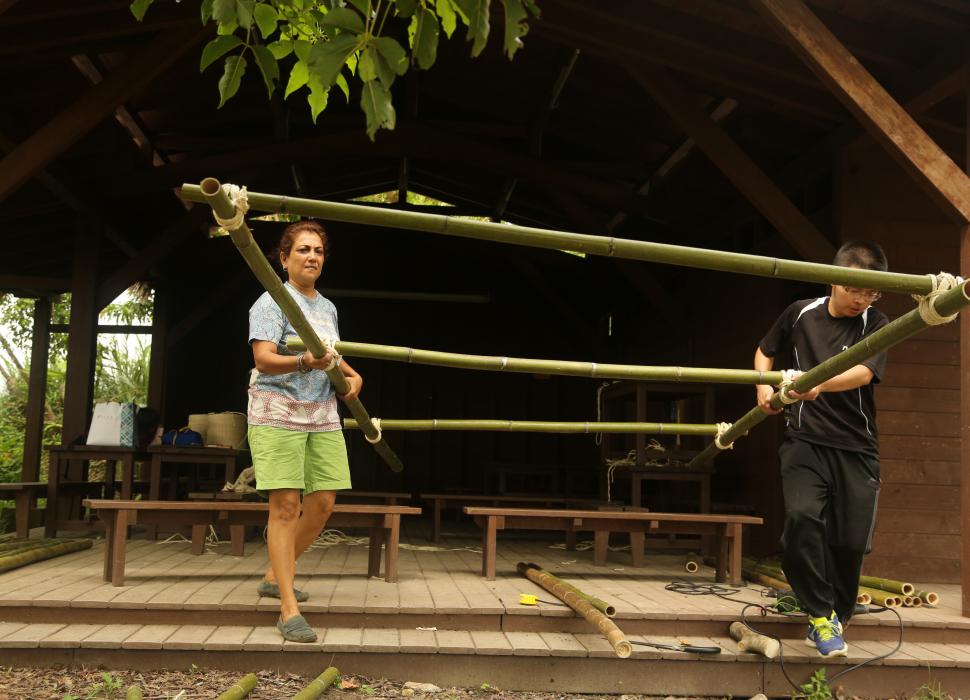